The Inspirational Country Music Association (ICMA) announced nominations for the 2018 awards. The award show will be April 4 at the Grand Ole' Opry in Nashville, TN. Stephen Rew is nominated for Songwriter of the Year and Song of the Year - Hold on Tight. The organization also asked Stephen to perform at the Tuesday night ICMA  Showcase Concert April 2 at the Franklin Theater and to present an award during the Award Show on the 4th. Stephen is very honored to be included with such talented artists and songwriters! 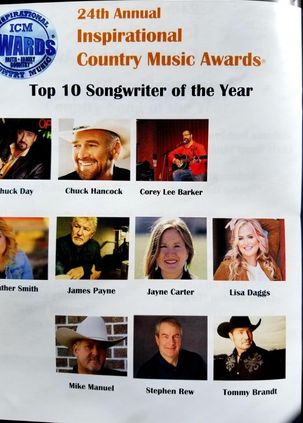 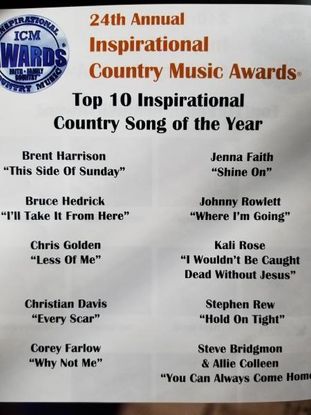