In my last post, I shared some thoughts on how we might be able to turn this time of “social distancing” in our culture into a time of restoring relationship with one another -- even while practicing safe physical distancing from one another.

As humans who have been created by love (God) for the purpose of relationship. Establishing and maintaining safe, loving connections with God, ourselves and others is vital to our existence.

But how do we do that when many of us are experiencing a profound sense of isolation, boredom or even fear?

Further still, if isolation breeds boredom, boredom breeds fear and fear causes us to spiral even deeper into isolation, then we become extremely vulnerable to predators and are more likely to submit to their bids for power out of our own desperation to restore a sense of control -- even if that sense of control is warped.

This is exactly how so-called “strong men" rise to power, whether they be in the physical or the spiritual world.

They recognize the void that comes from abandonment of relationship because they themselves have experienced it. But instead of hopelessly spiraling into a fear-based lack of control, they learn to leverage fear as a weapon of control and inflict that control over others in their efforts to control the fear-beast within.

Perhaps this is why we call them “strong men.” They appear to be strong in overcoming their own fears by inflicting a level of control over others, and some admire or even worship this ability -- think of Hitler or Stalin or any of the controlling extremists we have seen throughout history.

But in reality, these “strong men” are merely predators who encourage fear and its hideous cousin: Addiction.

Whatever its form - whether a physical addiction, emotional addiction, mental addiction or spiritual addiction -- addiction begins with the relinquishment of self-control in favor of self-gratification. Left unchallenged, it can become a controlling force.

Strong men often deceive their victims by offering a deformed version of relationship -- relationship that is based on fear, control and feeding the fires of addiction.

Some even go so far as to claim this abomination in the name of love. And that is why our human views of love are often so confused.

On the one hand, we have a loving God who created us to love -- to engage in relationship. He gives, expecting nothing in return but hoping for reconciliation and fully-formed relationship as we see, for example, in the story of the prodigal son (Luke 15:11-32).

On the other hand, we have fear-based control, however you perceive that. This can be personified by power-hungry men and women who have made a profession of controlling others by preying on fear -- as alluded to previously, examples might include many politicians, media, materialistic advertisers and even social or sexual predators.

The spiritual  personification of fear-based control comes, as we know, in the form of Satan and his demons. Their mission is to create chaos and fear to further their purposes of control and power over mankind.

In scripture, Satan is described as “disguising himself as an angel of light.”

Satan may appear to offer relationship, perhaps by offering you a way to reestablish your sense of control over chaos if you simply submit to his power -- an old trick, and one of his temptations of Jesus. Or he may merely offer you a way to continue to feed the fires of your addiction, whatever that addiction may be.

But make no mistake, Satan’s abomination of relationship is nothing but a disguise for his ever-growing lust for control -- it is never a loving relationship.

Whether or not you believe in the concept of “demon possession,” the fact remains that the choice of relinquishing control to another entity is the essence of possession. It is simply a matter of whether you engage in a genuinely loving relationship -- a relationship not based on obligation or control -- or whether you submit to the forces of fear and control, which will ultimately lead only to isolation.

In the physical world, we have seen this dynamic in its extreme in the life of Hitler. He controlled the masses with his hypnotic speeches, while at the same time spiraling into his own inward realm of paranoia and fear, resulting in his becoming increasingly isolated from the very people from whom he sought admiration. In the spiritual context, we see the fear and control that Satan offers resulting in becoming isolated from a loving God.

We must ask ourselves:

In times when many aspects of our daily lives seem to be spiraling out of our control, are we seeking “relationship” with people, habits or things that make us feel more in control by stirring up fear?

Or are we seeking genuine relationship through fostering safe, loving connections with people, habits and things that bring us closer to our loving God? 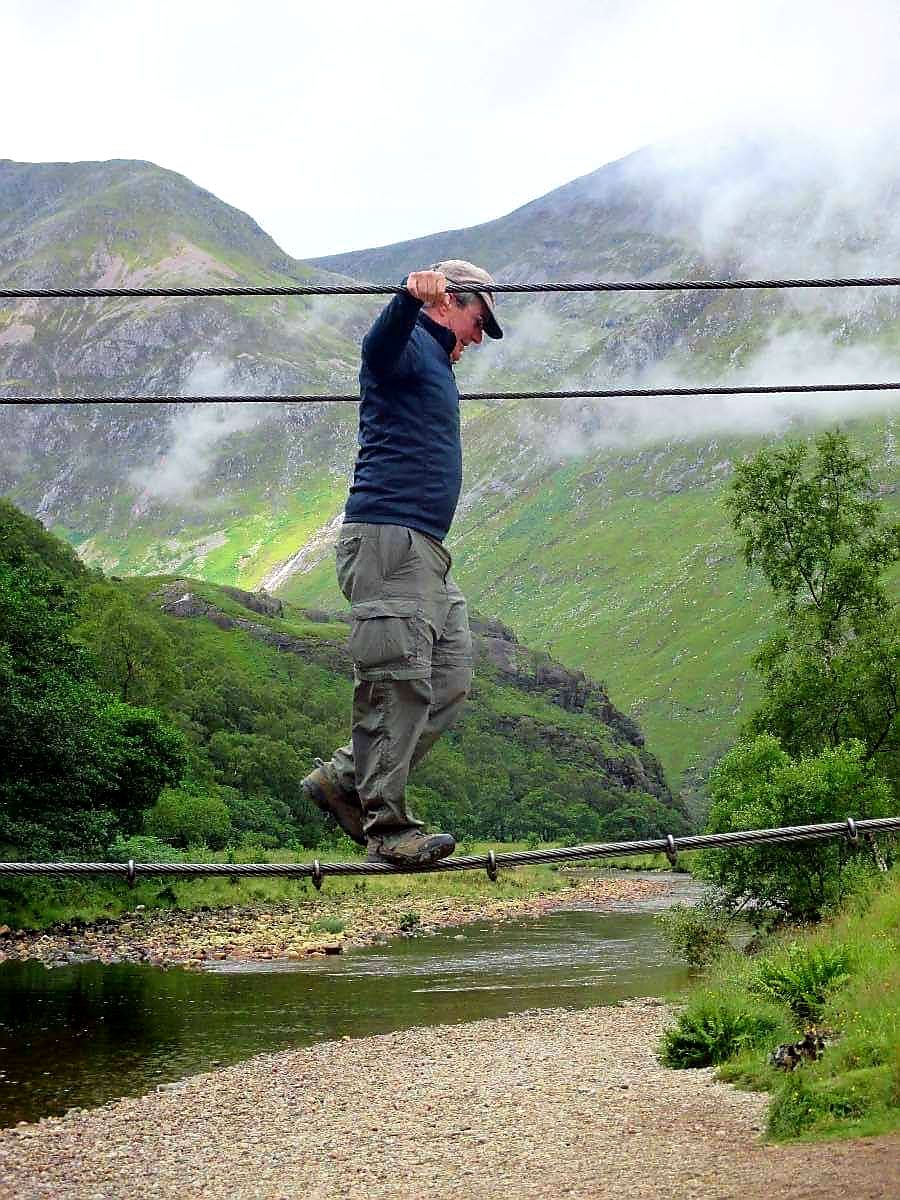 God allows us to choose between His unconditional love and the fear-based parody we so often mistake for love.

But in allowing us freedom to choose, He also takes the ultimate risk.

And how do we discern between fear and risk?

Well, that’s for next time.