4th Radio Release: "I Want My Country Back" 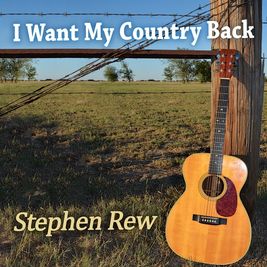 Stephen's 4th radio release, "I Want My Country Back" is out to Christian/Inspirational Country Radio Stations in July 2015! He sang the first version of this song at the Inspirational Country Music Awards Membership Breakfast in November 2014 when the entire crowd stood up, raised their hands, and sang the last chorus. (Watch the video HERE.)

The song was shortened for radio. This upbeat tune honors traditional country music and reminds us: "It's not about the boots that you wear, it's about the roots of where you come from." The catchy lyrics and music were written by Stephen's songwriter friend, Diana Williams. The DJ's are excited to play this song, even as "It's About to Rain" still climbs the chart. Listen to the full song in the store.